T1 Abraziv doo Ada is a family-owned company specialized in engineering and manufacturing highly wear and corrosion resistant spare parts for screw presses.n The production site covers an area of 6000 m2 and is located in the town Ada, situated near the river Tisa in the North of Serbia.

The company planned to install, in addition to the existing production machines, a sandblasting unit that, like other machines on site, requires compressed air. But before the installation, an analysis had to be carried out to check whether there were enough compressed air reserves for the sandblasting system to run simultaneously with the other production processes during each individual production shift (see Youtube). The Energy Scout team Goran Matić and Tamaš Tot carried out an analysis and discovered energy saving potentials. The analysis revealed that under the current production circumstances, there was not enough capacity for a new machine. When looking at the graph from the compressor that shows the “air demand per shift” (below), the following shortcomings and specifications were observed:

As solutions for the observed deficiencies, the two Energy Scouts proposed to run the sandblasting machine only during the second shift and to acquire an additional compressor. They also identified more optimization potentials such as remediation of air leaks or reducing the air pressure, for example.

Within the scope of the Energy Scout practical project employees installed on/off valves in front of each machine that closes when certain equipment is not working. This way they succeeded in stopping air leakage in non-work shifts (the 3rd shift during the night and during the weekend). Another optimization step was taken by installing pressure regulators at all stations for the manual blown gun and at all machine stations with low air pressure requirements. Through this single action two improvements were made: occupational safety could be increased, and air consumption reduced. On top of that, leaks within the compressed air network were restored and the corresponding components replaced. Even after the practical project phase ended, the Energy Scouts were able to propose further energy saving measures. The heat generated by the operation of the compressor shall be used to reheat the working area of the hall in the immediate vicinity.

Thanks to measures of the Energy Scouts and coming back to the initial problem, the sandblasting machine can now run in every shift (including the 1st shift). By making efficient efficient use of the existing compressed air capacities, the Energy Scouts ultimately managed to avoid the need to purchase another compressor. The optimized system performance of the previous compressors even allowed the installation of three additional CNC (Computerized Numerical Control) machines without overloading the plant.

The team of T1 Abraziv doo Ada got awarded the third place at the national award ceremony of 2021 in Serbia. 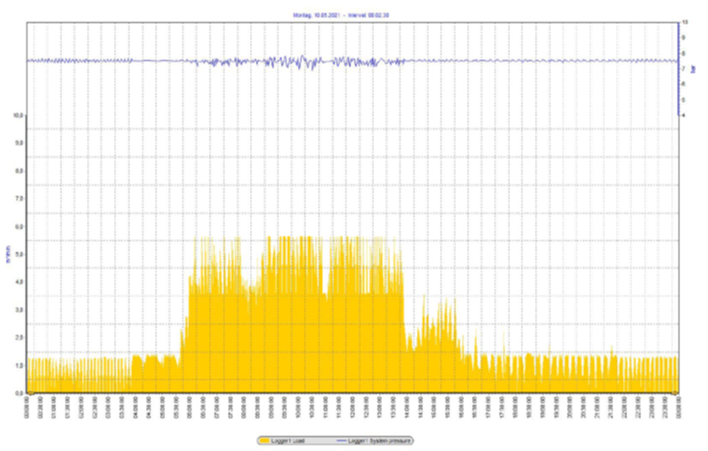 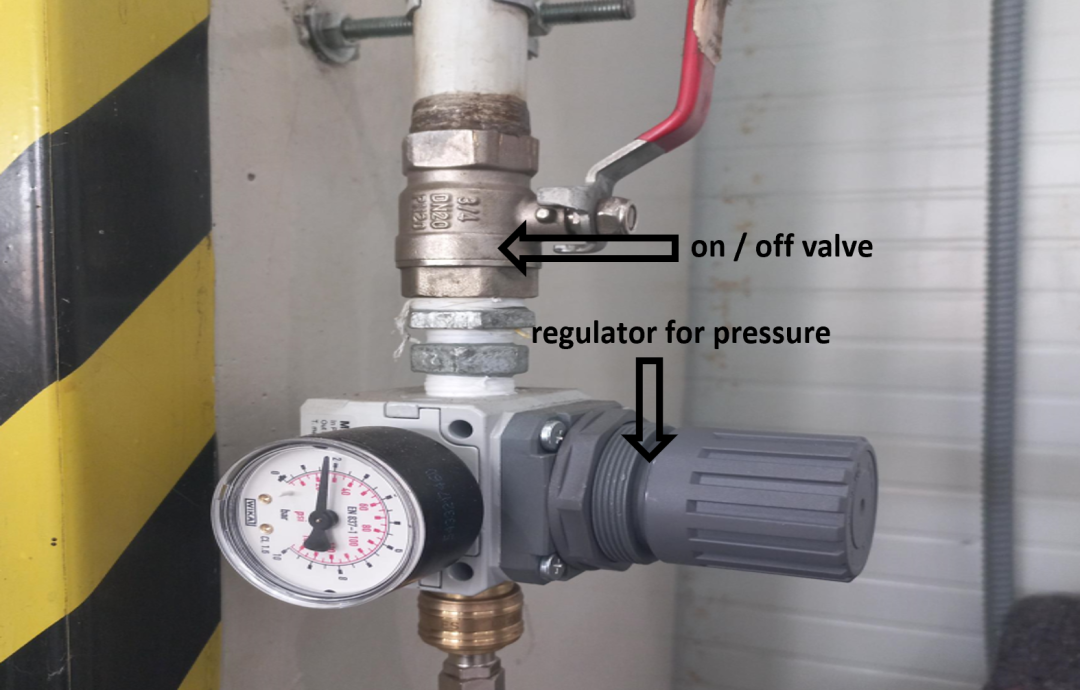 On/off valves in front of each machine temporarily decouple machines not in use from the system. ©T1 Abraziv doo Ada 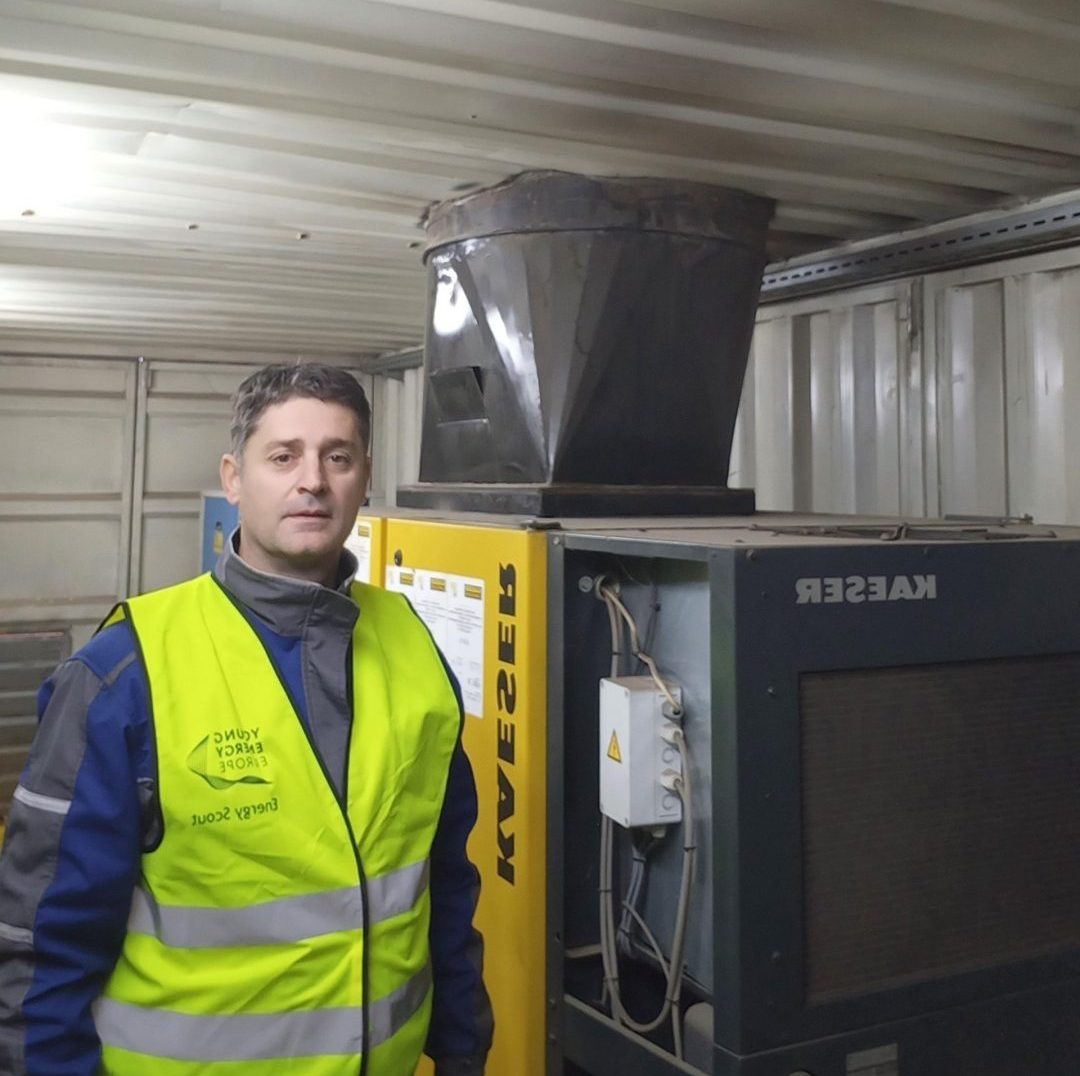 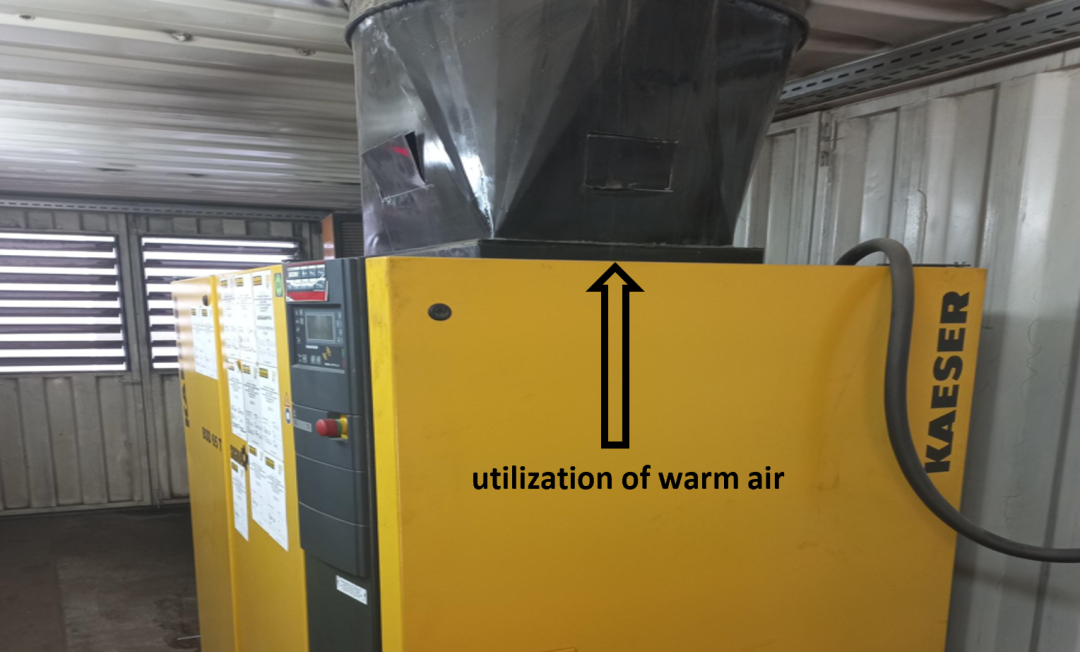 The waste heat from the compressor is typically dissipated, and in the near future it will support heating in production. ©T1 Abraziv doo Ada
Compressed Air Systems
Previous Post
October 2022 – Croatian Energy Scout reduces electricity costs by more than 60% by switching to LED and installing a PV system
Next Post
December 2022 – Energy Scout reduces power consumption by sealing the compressed air system at Polish automotive supplier