In 1899 Joseph Hipp prepared the first baby porridge from grated rusk and milk for his twins, later the children’s rusk flour from Pfaffenhofen became a best-seller. Today Hipp is a leading manufacturer of baby food with more than 3,600 employees and production facilities in many European countries.

Timea Kiss-Molnár is not only Energy Scout but heading the supply engineering team at the Hipp factory in Hanságliget, Hungary. She knows the often underestimated cost factor of compressed air in companies. With her fellow Energy Scouts Bálint Rédei and Csaba Bella she undertook a full analysis of the compressed air system for their energy efficiency project. First, they measured and documented the power consumption of the compressors. As the next step, the team used a flow meter and a leakage detector to locate and seal 32 mostly tiny leaks.

Project pays back after only two months
The elimination of leaks, the use of efficient compressed air nozzles, the control harmonization by conveyor belt control and the closure of idle pipelines add up to annual savings of 129 MWh of electricity for the compressors. These measures will save the company 5,982 Euro. The modification of the compressed air lines needed an investment of 1,000 Euro – as a result, the payback period is just two months.

Given the national electricity mix, the plant-related CO2 emissions will be reduced by 33 tons per year. 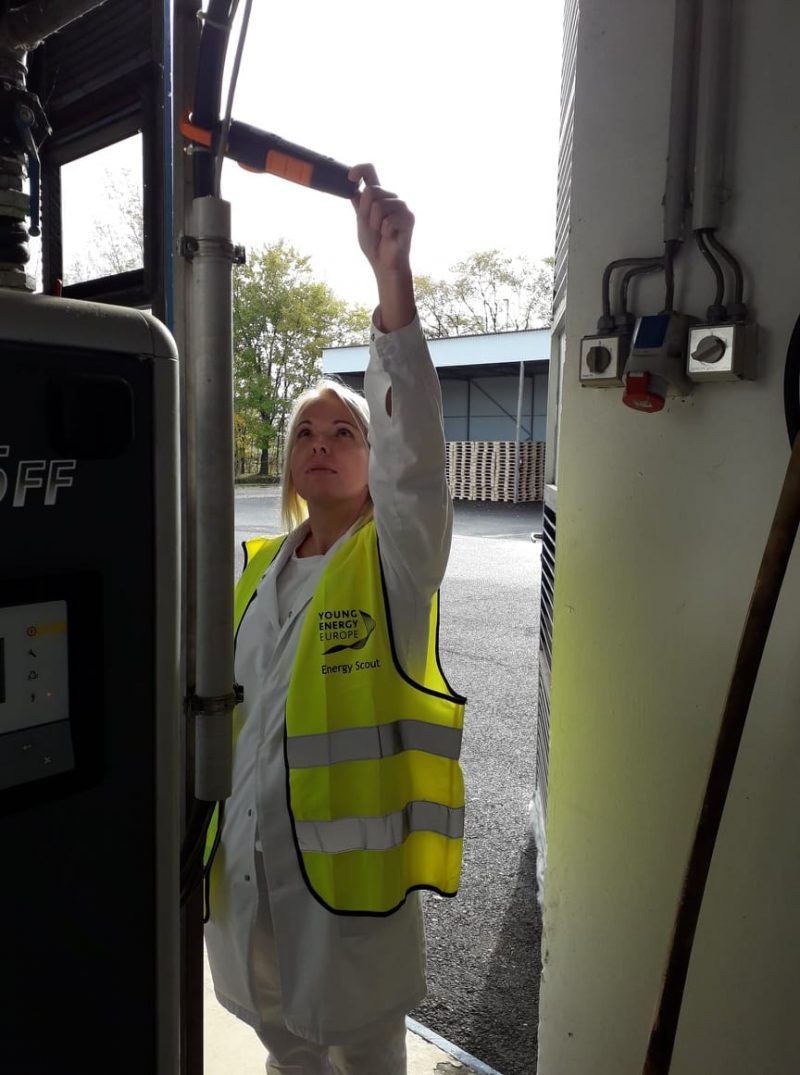 Measuring the current - how much energy does the compressor use? (© Hipp Kft.) 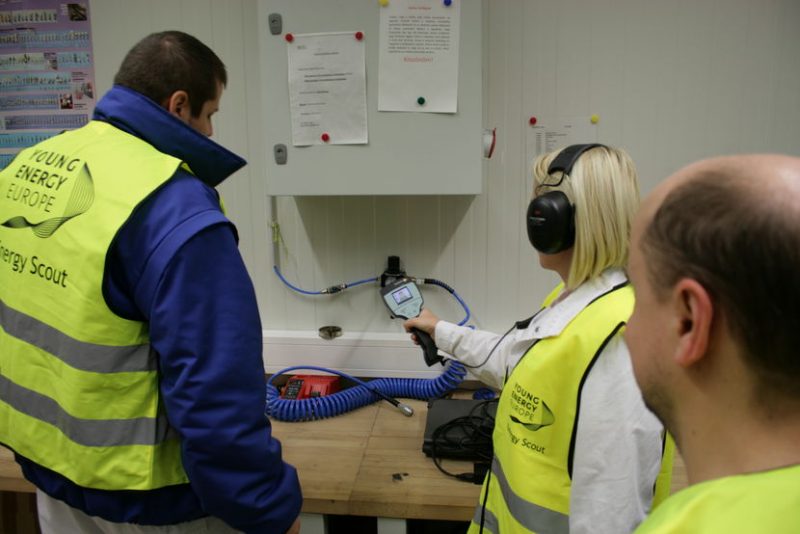