Since the end of 1959, the public broadcaster of Bulgaria – Bulgarian National Television (BNT) is reporting. In 2019 the program “Inovativno” was introduced to BNT’s TV program also.

As the title of the program suggests, “Inovativno” revolves around clever innovations. The TV format reports on inventions in science, technology and business in the fields of energy technologies, environmentally friendly processes and energy-saving projects. Among the channel’s most popular topics was the world’s first and Bulgarian-made electric e-kart by Kinetik Automotive. The average age of viewers is over 30. In the current season, “Inovativno” reached around 200,000 viewers.

“Inovativno” increasingly reports on environmentally friendly and sustainable processes and products. The show often follows the manufacturing process of products, such as diamonds made from recycled CO2.

The author, writer and presenter of the program “Inovativno”, Teodora Lapshova, decided to participate in the Energy Scout training herself and developed an interesting project idea within the framework of Young Energy Europe. She and the Inovativno team put the spotlight on the Energy Scouts’ practical projects among other innovations and green initiatives. In addition, a report on the closing event and the awarding ceremony of the Energy Scouts of 2021 was broadcasted on national television. Furthermore, the TV team expanded the original concept and presented the awarded Energy Scout teams in an additional broadcast.

The Bulgarian jury was also impressed by the practical project – they awarded the concept the special prize “Impact on society and the public” in the national competition.

In addition to the Energy Scouts’ projects, “Inovativno” reports on a wide range of innovations in energy technologies and environmentally friendly processes. (©BNT “Inovativno”) 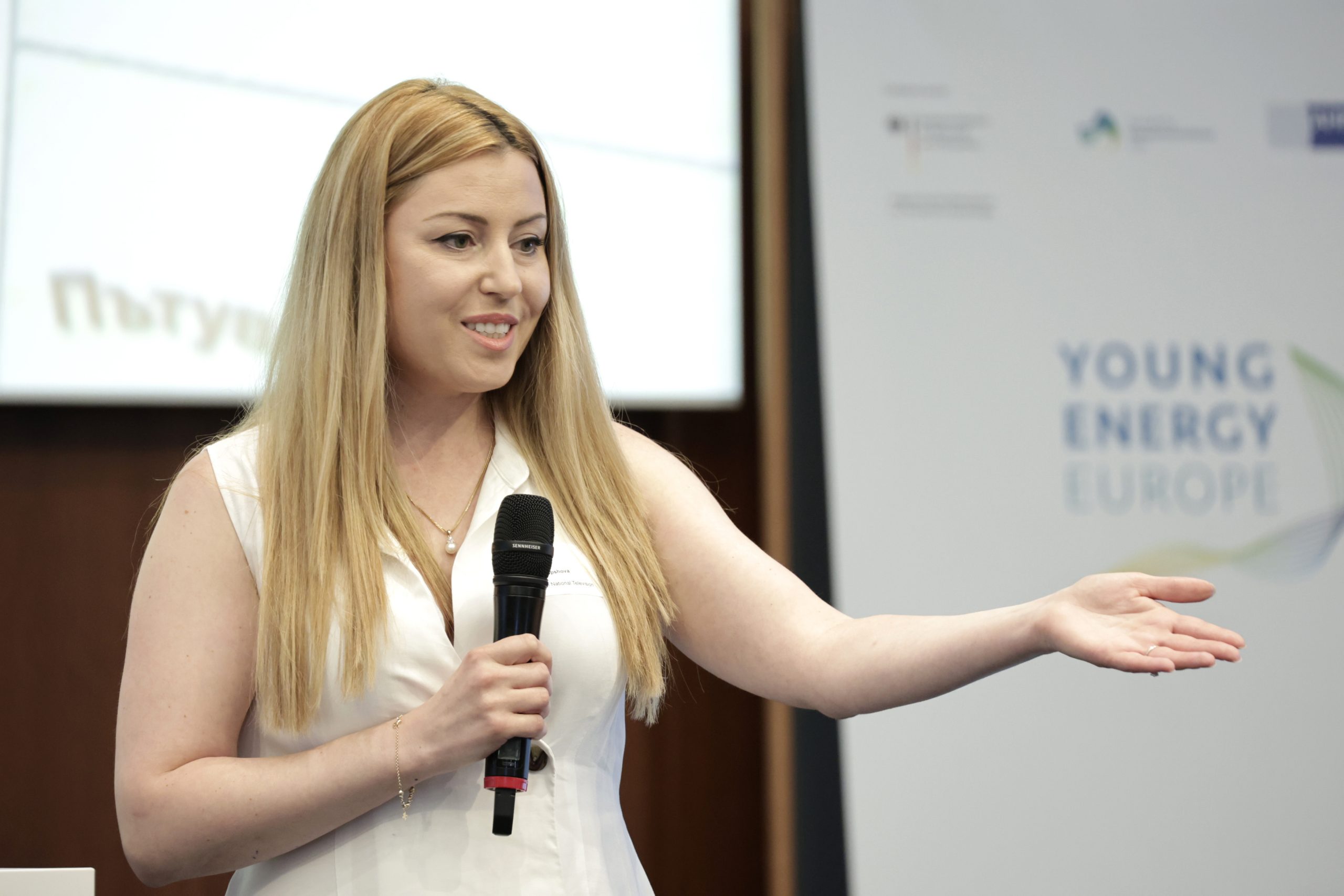