The idea came to Energy Scouts Trayan Tanev and Zvonimir Todorovski from the SPARK Fitness & SPA sports center during their daily walk to the trash container. The plastic waste in the form of water bottles and plastic cups seemed to grow daily. In the fitness room, where there is a water dispenser for customers, a nasty practice crept in: Almost everyone used a new disposable cup when taking water. By the end of the day, every guest had thrown away two to three plastic cups or consumed at least one PET bottle of water.

Reuse not dispose
The Energy Scouts suggested to the management to stop selling plastic bottles of mineral water to its customers. Instead, customers have been asked to bring their own water bottles. As a result, approximately 23,565 fewer bottles and cups are consumed each year, which corresponds to avoided emissions of around 1.1 t CO2 for their production. Considering the production including recycling or the so-called thermal utilization, the Scouts even calculated a potential reduction of 2.23 to 2.26 t CO2 per year.

In addition, the Energy Scouts upgraded the central water dispenser by installing a filter and ionization. This means that alkaline, pH-neutral and acidic water is now offered, which is ionized by electrolysis. Alkaline water is considered especially valuable after exercise.

Plastic waste has been greatly reduced and customers have almost always responded positively to the change. And if a guest ever forgets his bottle, he or she can get a reusable bottle on site. 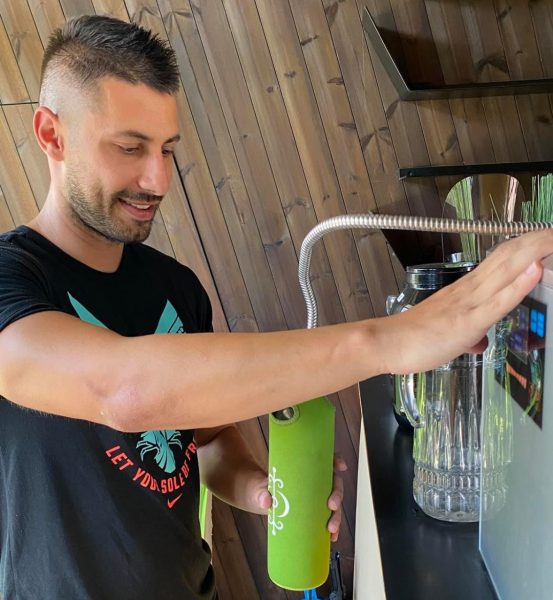 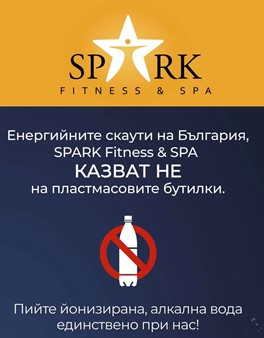 The ban on disposable bottles was accompanied by an upgrade in water dispensers. (©Spark Fitness & SPA/facebook) 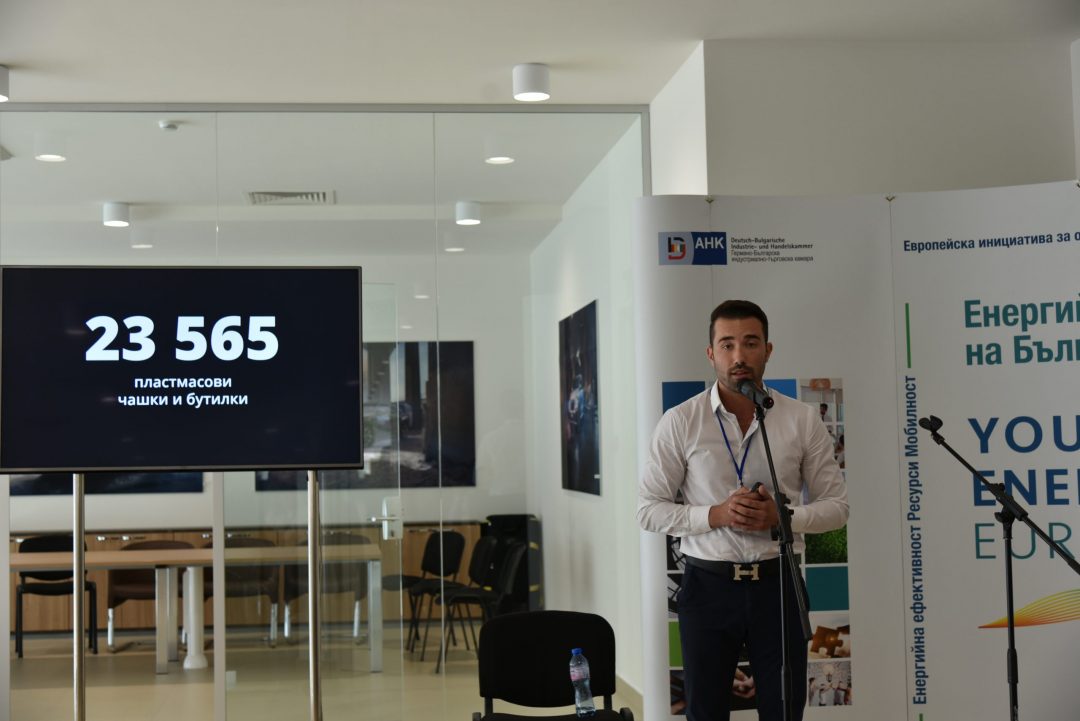