Lidl Stiftung & Co. KG, based in Neckarsulm, Germany, opened its first supermarket in 1973 and is currently active in 30 countries with around 10,500 stores. The company grew strongly in Europe during the 1990s and came to Greece in 1999. Today, LIDL Hellas & SIA O.E. is managing 221 stores, four logistics centers, and two administrative offices with around 5,000 employees on the Greek mainland and islands.

The company has implemented two major energy saving measures across the country in recent years. These include the transition to LED lighting (-52% lighting costs) and the optimization of stand-by-modes of baking ovens in stores (-38% operational costs for ovens). The biggest share of energy in stores is consumed by cooling the goods and air conditioning the stores, followed by lighting and baking ovens – so a huge potential for energy savings remains in the fields of cooling and air conditioning.

Open gates upon delivery
Energy Scout Eleni Outsiou started her project analyzing the use of air-conditioning in one store’s storage during a typical working day. She noticed that the daily peaks in energy consumption occurred during deliveries in the warm months of the year. During delivery, the gates at the loading ramp as well as the refrigerated and deep freeze storage rooms are temporarily opened. As a result, the air-conditioning automatically switches on. The solution to this problem is a stripe curtain at the gate to the loading ramp which minimizes air exchange. In the first tests the strip curtain was black but for implementation it was replaced by transparent versions in all 221 stores improving safety.

Strip curtain reduces heat and cold air loss
The installation of the strip curtain led to a significant reduction in energy consumption for air-conditioning. According to Eleni Outsiou’s calculations Lidl Hellas reduces consumption by around 5.5 MWh by year after the implementation of her project in all stores. A one-time investment of 121,550 € will save 155,587 € each year. Already after nine months the investment pays off.

Additionally, the strip curtain fulfills a protective function when unloading sensitive goods such as fruits and vegetables as it reduces possible insect infestation and accelerated ripening. As a result, the project helps to avoid food waste. 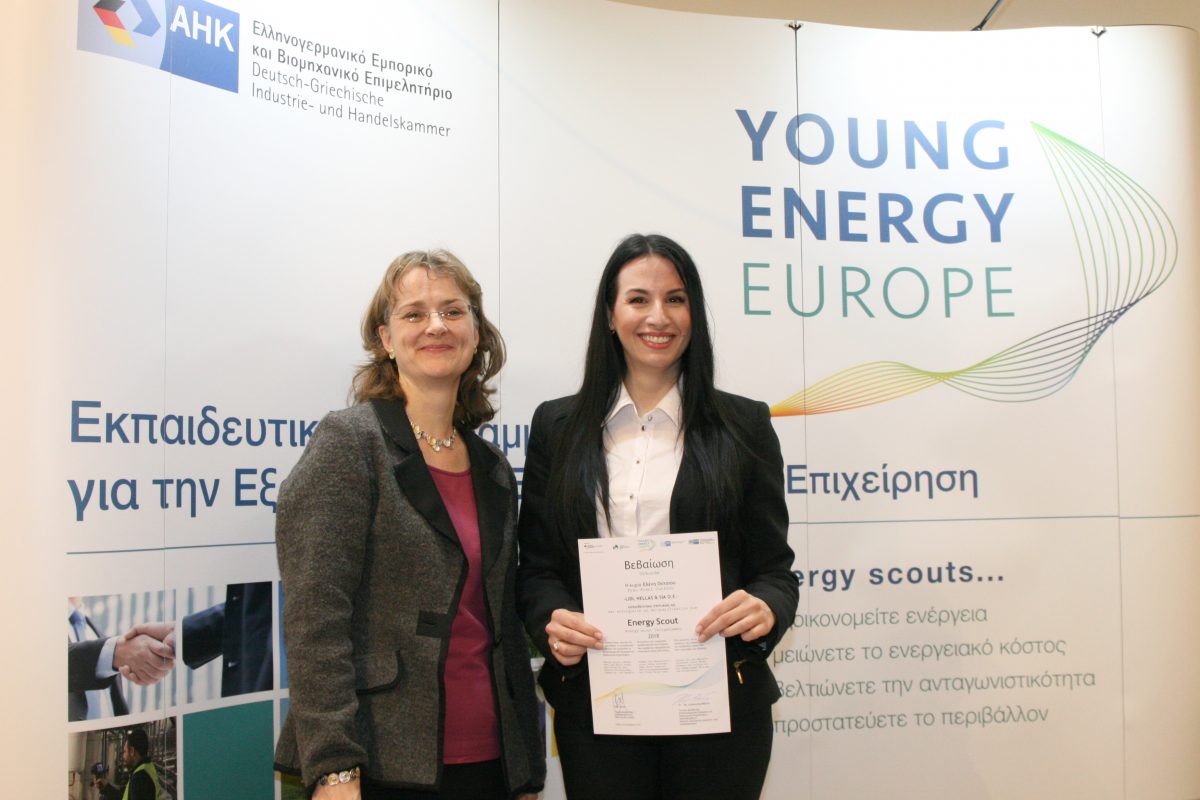