The Hungarian steel plant ISD Dunaferr Zrt. is a subsidiary of the Ukrainian ISD group. Since 1950, steel products have been produced in Dunaújváros, about 50 kilometers south of Budapest, with a current workforce of around 3,500 employees. The majority of metal products are exported, primarily to Germany, Poland and Austria. They are being used in engineering, automotive and construction sectors.

Analysis – where are we?
Energy Scouts Tamás Angeli and Dániel Szalai focused on the optimization of the lighting in the steel plate profiling. It is a huge hall of about 15,000 m² which is illuminated by 326 lamps 24 hours. First the energy consumption and the light yield were measured in current state according to DIN EN 12464-1:2012. With the help of DIALux, a software for lighting planning, it became clear that 300 modern LED lamps with 200 watts each and a total output of 60,000 watts can replace the old setup with over 190,000 watts total output. At the same time, the luminous efficiency and expected lifetime of the lamps are increased.

Furthermore, the roof windows, which are currently not very translucent, are to be replaced with transparent roof windows made of polyester material, so that natural light can also be used to illuminate the profiling process during the day. The average solar radiation (2,000.7 h/a) in Hungary was used as basis for the calculation.

Costs for lighting reduced by 76%
The current electricity consumption for lighting in the profiling hall is thus reduced overall by 76% from 1,686 MWh/a to 405 MWh/a, which corresponds to a potential cost reduction of more than 120,000 € per year. The investment costs amount to almost 230,000 € and pay back after a period of 1.9 years. The project not only improved the illumination of the hall and reduced energy costs but also avoided emissions of 326 t CO2 per year.

With their project Energy Scouts Tamás Angeli and Dániel Szalai won the first place in the competition for the best Hungarian project. The expert jury especially praised the professional approach of the two scouts. 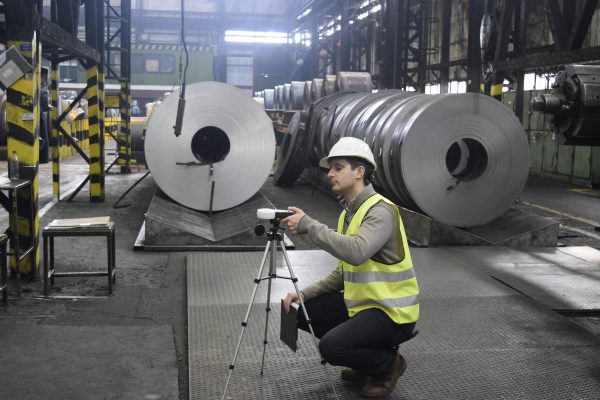 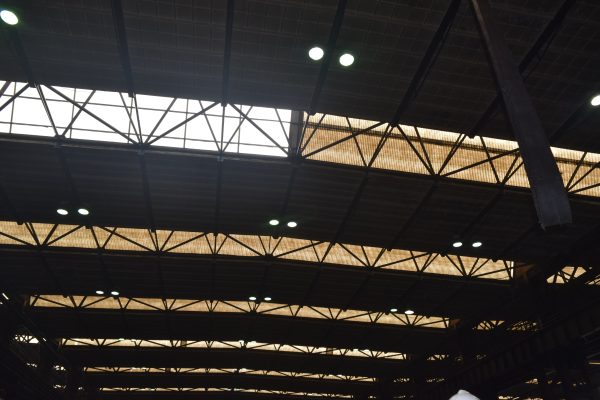 Like night and day - old and new roof windows (©Dunaferr) 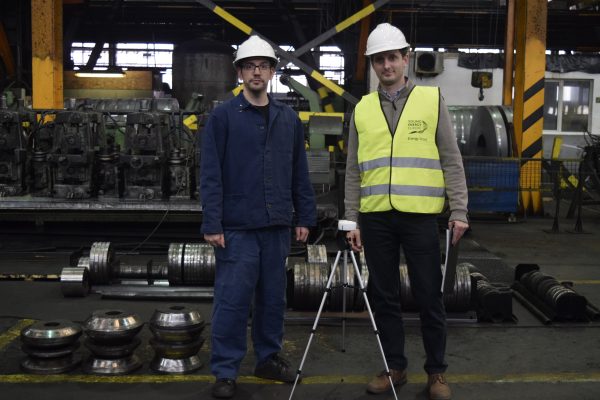